Nelson Vergel:                  Hello everybody, Nelson Vergel here with ExcelMale.com and DiscountedLabs.com. I’m very honored today to introduce my urologist here in Houston. I’m very privileged to have doctor has published more than a hundred articles last time I Googled his name, and he’s one of the experts in the field of men’s health, urology, testosterone replacement, prostatic issues. I think you also treat, Doctor Khera, female sexual dysfunction, too. Very happy to have him, he’s going to give today a lecture that I think everybody’s going to find extremely interesting covering the controversies of testosterone therapy

Dr. Khera:                            Thank you for the introduction. I appreciate it. As you mentioned, there have been significant controversies with the use of testosterone therapy over the past five years. Cardiovascular risk, DVT, prostate cancer, BPH, and today I’d like to discuss some of those controversies and give you some further insight into the diagnosis and treatment of hypogonadism.

Dr. Khera:                            The first is on the concept of venous thrombosis embolism or VTE, and so you should be aware that in the package insert of a testosterone products in 2005 in the adverse reactions section of the label, it was appended to note that one patient during the open-label extension trial did suffer from the DVT. Now in 2009, the label was changed again under the new medication guide that lists blood clots in the legs among the serious side effects. If you open the package insert for testosterone products, you will see, and this is just for Androgel, that they do put in the section warnings and precaution a concern for VTE. I’ll read this. There have been postmarketing reports of VTE events including DVT, PE in patients using testosterone products, Androgel in this case. Evaluate patients who report symptoms of pain, edema, warmth, and erythema in the lower extremity for DVT and those who present with acute shortness of breath for PE. If a VTE is suspected, discontinue treatment with testosterone and initiate appropriate workup and management.

Dr. Khera:                            So this is in the package insert, and you should be aware that patients will read this and they will ask you about this. We should be very careful because the guidelines slightly differ, and if you look at the American Urologic Association guidelines, it states that patients should be informed that there is no definitive evidence linking testosterone therapy to a higher instance of VTE. The entering guidelines don’t have a guidelines statement on this, but they do have some comments that they’ve made. They do state that case-control and pharmacoepidemiological studies have not shown a consistent increase in the risk of VTE with testosterone treatment. However, there is two huge testosterone associated VTE events in randomized controlled trials to draw meaningful imprints.

Dr. Khera:                            Those mechanisms, just so you know, is several, there are four theories, but the most common theory is the belief that the elevated red blood cell count, also known as erythrocytosis, could then lead to thrombosis, atherogenesis, and increased cardiovascular risk. That is the most common theory. We spent quite a bit of time studying this; this is a study that we published looking at patients. Remember that the injectables have the highest rate of erythrocytosis. In our study it was 66 percent, in other studies, it’s about 40 percent. So if a patient starts developing an elevated red blood cell count, one of the quickest things you can do is get them off the injectable, put them on a gel. A gel typically has an erythrocytosis rate anywhere from two; I’ve seen as high as 13, 14 percent. It’s a lower rate. Because there’s less of a spike that occurs with the gels. The injectables cause a spike which increases erythrocytosis rate.

Dr. Khera:                            Now that erythrocytosis typically doesn’t occur until about three to six months, so there’s no point in checking blood in two or three weeks. You have to give it some time. And the number you wanna remember is 54. The guidelines typically state that at 54 you want to either have the patient phlebotomize, which is donate blood, or you wanna decrease the dosage, but we don’t want it to get above 54.

More information: Low Testosterone: How Low is Too Low? 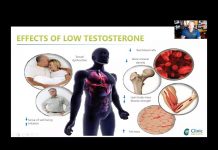 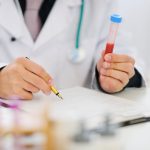 Nelson Vergel - February 5, 2018
0
I do not much about them but I am asked frequently about blood testing labs in the UK since my company, DiscountedLabs.com, only services... 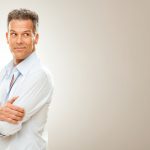 Nelson Vergel - February 7, 2018
0
A study published at the end of 2013 and a previous one from the Veterans Administration Hospital System (see below post) show what happens... 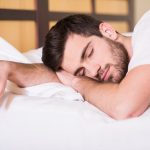 Nelson Vergel - February 5, 2018
0
Taken from the book: Testosterone: A Man’s Guide by Nelson Vergel If no improvements in fatigue are observed after 6 weeks of testosterone replacement, factors... 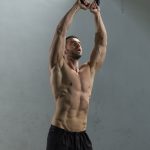 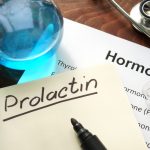 Prolactin: Should Men with Erectile Dysfunction Be Tested ?

Nelson Vergel - January 17, 2018
0
Prolactin is a hormone produced in the pituitary gland that is known for supporting lactation in women but also have many other functions on...